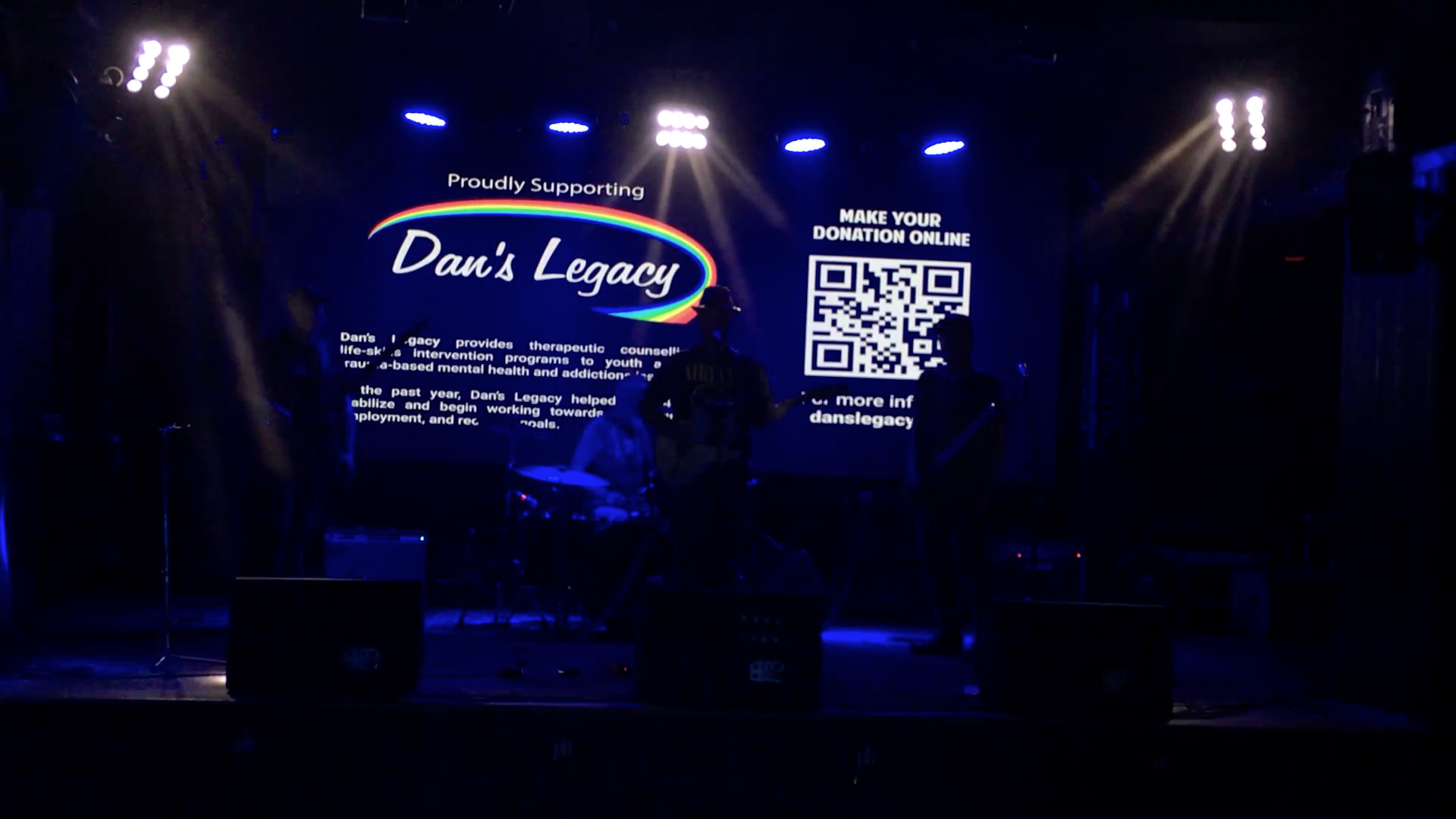 On May 14th, The Negative Creeps performed in support of Dan’s Legacy with funds raised to support “East Van Dan’s”, the charity’s drop-in workshop program in the Downtown Eastside and East Vancouver.

This fundraiser event had THE NEGATIVE CREEPS perform at The Red Room in Vancouver, BC promoting mental health awareness with the music of Nirvana in one unique concert for a cause. 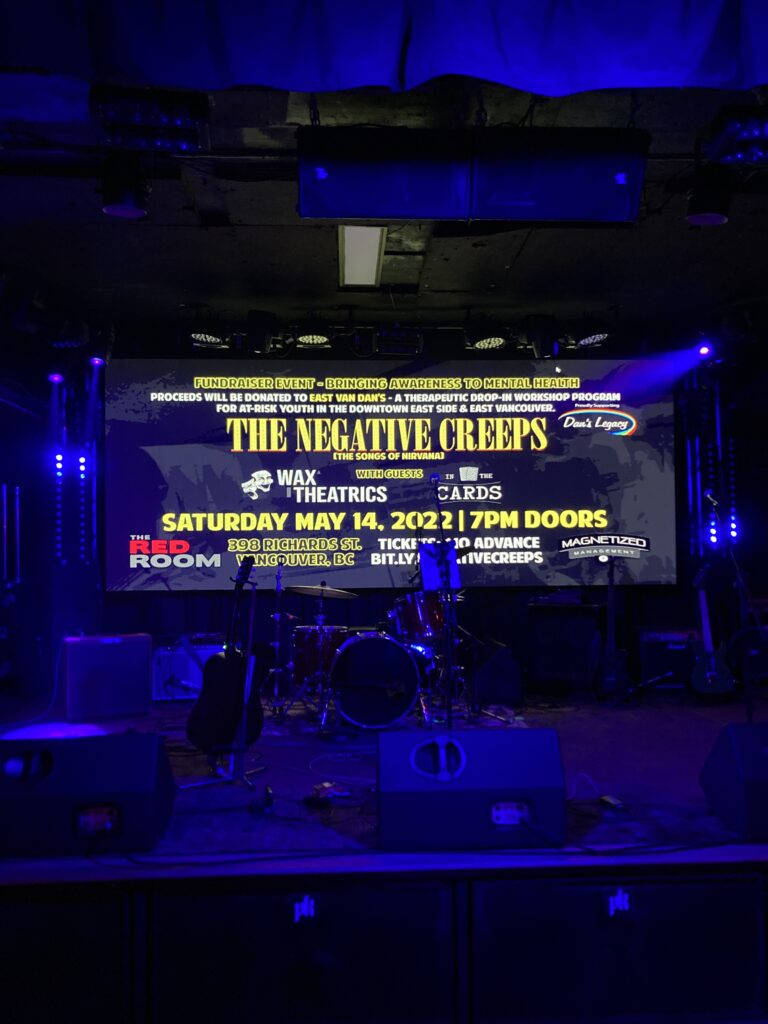 This one-off send-up to the music of NIRVANA is being orchestrated by Vancouver singer/songwriter and multi-instrumentalist Rod Moore (THE ROD MOORE BAND, THE HANG-TEN HANGMEN), who had recently completed reading Dave Grohl’s autobiography and was affected by the depiction of Kurt Cobain’s struggles.

Moore was also affected by the book musically, having found himself immersed in NIRVANA’s music; he was inspired to put together an ensemble to perform these songs while shining a light on some of the issues which affected the band’s late frontman.

The fundraising event featured THE NEGATIVE CREEPS performing songs from “Nevermind”, “Bleach” and “In Utero”, along with sets by up-and-coming local acts WAX THEATRICS and IN THE CARDS.

QR codes were distributed to all tables with print-outs and video screens where the QR codes direct attendees to the donation page on Dan’s Legacy website. This fundraiser event put together a total of $500 in donations to Dan’s Legacy’s trauma-informed counselling programs for youth at risk in Metro Vancouver. 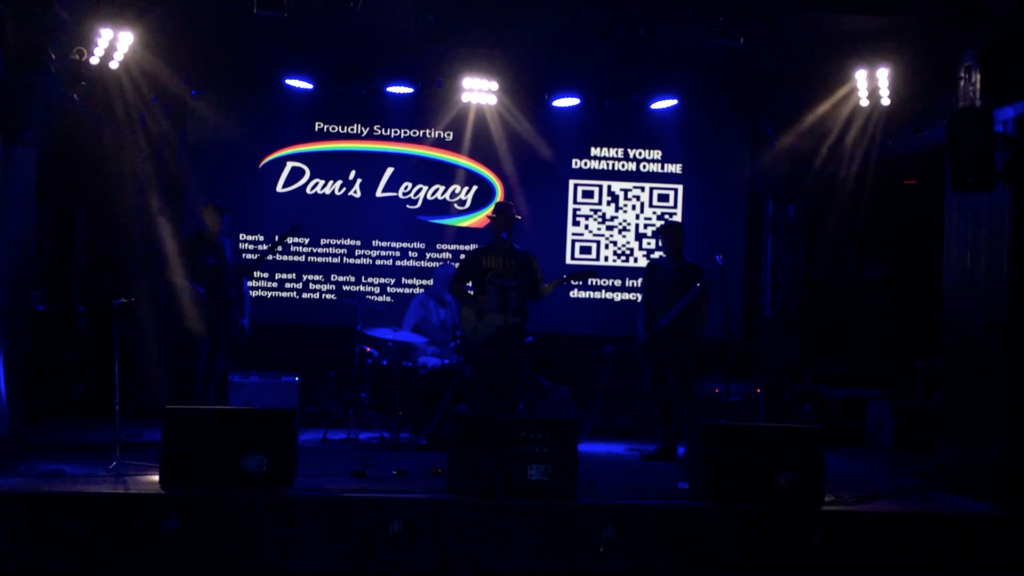 Moore reached out to Dan’s Legacy and explained he specifically chose us, “after coming up with the idea of doing a Nirvana tribute night I wanted to find an appropriate cause to donate any of the ticket sales to. As you may well be aware, the frontman from Nirvana struggled with addiction and mental health issues prior to committing suicide. This led me to an online search for such a cause and took me to Dans Legacy. After reading up a bit I thought it was a perfect fit.”
We’d like to thank THE NEGATIVE CREEPS members Rod Moore (Lead vocals/Guitar), Brian Yee (Lead guitar), Mike Meitner (Bass guitar), Ron “Radar” Stelting (Drums), and Michael Johnston from MykillinK Studios, for choosing to support Dan’s Legacy for their fundraiser.